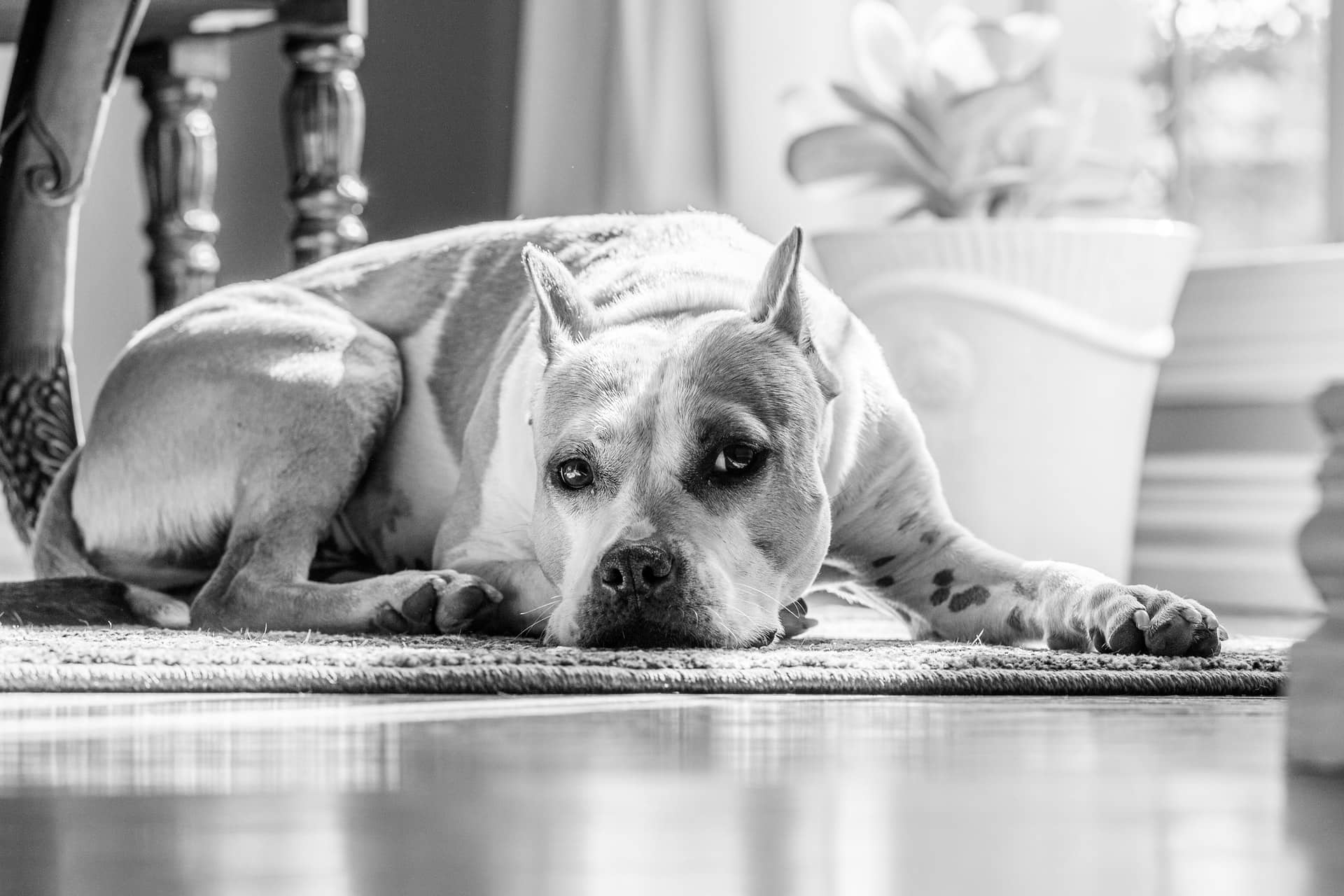 These medium sized dogs have a solid and athletic physique that exudes power. Their muscles are well defined, but not overly bulky or bulging. Although males are larger, females tend to be a little longer.

The American Pitbull has a broad flattened skull, with a wide muzzle, high set ears, and a slightly chiselled appearance. Their large, wide noses can be any colour, and their eyes are round. The American Pitbull’s chest is deep, with plenty of room for the lungs and heart. Their back has a slight slope at the shoulder, leading down to a level, muscular back. Their legs are strong, ending in round, well-arched feet. The tapered tail is normally carried low, unless the dog is excited.

The American Pitbull has a smooth, sleek coat that has a slightly glossy texture. Any colour or pattern is accepted according to the breed standard, excluding Merle and Albinism. The American Pitbull sheds a fair amount, but luckily their short coat makes them easy to groom; a quick pass with a stiff brush is usually enough to remove loose hair.

While generally a healthy and long-lived breed, the American Pitbull can suffer from one or more of the following health issues:

At Newdoggy.com, we recommend that you buy your dog from reputable breeders, who use genetic testing and good breeding practices to remove genetic conditions from their breeding lines.

The American Pitbull adores people and is eager to please. These traits; combined with their intelligence; makes this breed fairly easy to train. A fair but firm approach, ideally using positive reinforcement techniques, generally works well when training the American Pitbull.

Be aware that it your American Pitbull will likely need extra socialisation training, as this breed is naturally suspicious or even aggressive towards other dogs and animals. Careful socialisation will help you to avoid incidents between dogs.

The American Pitbull typically adores people. They are incredibly loyal and affectionate, especially towards their family. Confident and enthusiastic, their friendly nature makes them awful guard dogs but lovely family dogs. Proper socialisation and obedience training is important, as a large enthusiastic dog can easily knock people over in his/her eagerness to play.

If you are interested in getting an American Pitbull, make sure you’re ready to exercise him/her. They are playful, energetic and athletic, and need to be properly walked and played with to burn off all that energy. As Pitbull-type dogs unfortunately have a bad reputation, you should keep your American Pitbull on a leash for safety’s sake – if a fight breaks out, even if your dog didn’t start it, you may end up being undeservedly blamed.

The American Pitbull is loyal and incredibly tolerant. They can be good pets for families with children, as they don’t mind a little bit of rough housing. They adore chew and tug toys, so invest in some sturdy toys for your dog to sink their teeth into.

Be aware that this breed is banned or restricted in several countries. The breed is outright banned in the United Kingdom, the province of Ontario (Canada), and several areas in the USA. There are restrictions concerning the American Pitbull in New South Wales (Australia), Venezuela, Ecuador, Malaysia, New Zealand, Singapore, and Puerto Rico.

Please fill in the below form and we will let you know when a new American Pitbull litter arrives.