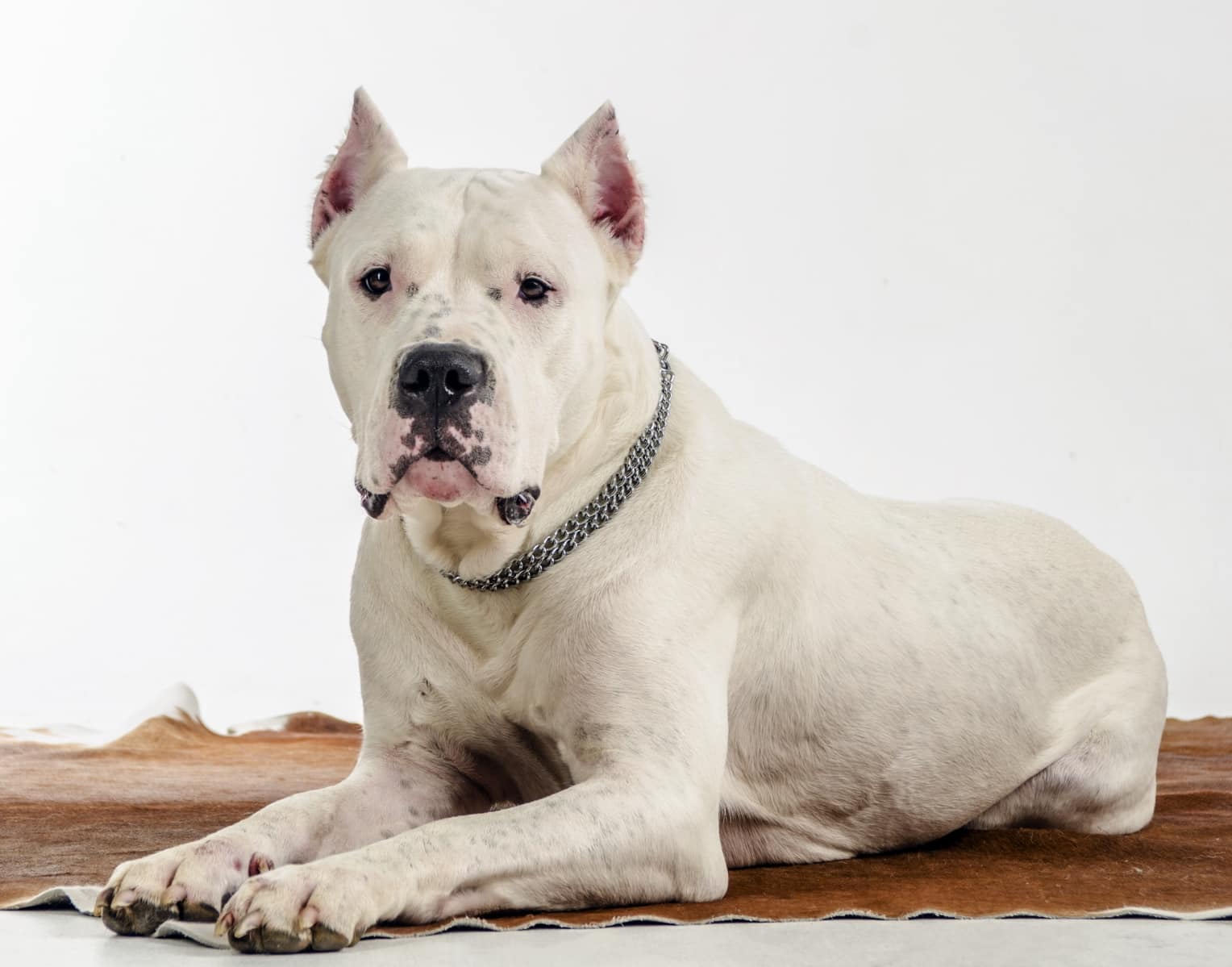 Originally bred for hunting, the Argentine Dog breed is athletic yet graceful. The breed resembles the American Pitbull Terrier but is much larger, with a similarly strong, muscular build. The Dogo Argentino’s head is a little rounded and broad, with a broad muzzle and floppy ears .The body is slightly longer than the dog’s height, with stocky front legs. The tail tapers to a point and is low set. Traditionally, the tail was docked and the ears cropped, but this is illegal in many countries.

The Dogo Argentino was originally bred for hunting, but has proven to be a very versatile breed. The breed has succeeded in many fields. They have been used police dogs, guide dogs, hunting dogs, military work, competitive obedience, and Schutzhund. The Dogo Argentino is evidently a very intelligent breed that can succeed in many disciplines, but will need good training. Like many breeds, the Dogo Argentino needs a firm but caring hand, and a trainer who is consistent. Early obedience training and socialisation is a must.

Like many large dogs, the Dogo Argentino is surprisingly cuddly for its large size. The breed is very loyal and lovable. The Dogo is not particularly aggressive towards people, though young Dogos can be rowdy and boisterous. With proper socialisation, the Dogo gets on well with children (though as with any dog, supervise play time to prevent both children and dogs from getting too rough). Dogos are sometimes aggressive towards other animals, and can be difficult to handle if not socialised properly. This dog breed definitely requires a calm but confident owner.

Although cuddly, the Dogo Argentino won’t spend all his time snoozing on the sofa. Your Dogo Argentino will need vigorous exercise. A bored Dogo may be destructive. Young Dogos are often very bouncy and will often try to jump on people – be sure to nip this habit in the bud! If you chose to get a Dogo pup, it’s best to start obedience training at a young age, and to socialise them as a soon as possible. Introduce your Dogo to new situations, dogs, and people, and give them time to get comfortable with new experiences and places.

Please fill in the below form and we will let you know when a new Argentine Dog litter arrives.