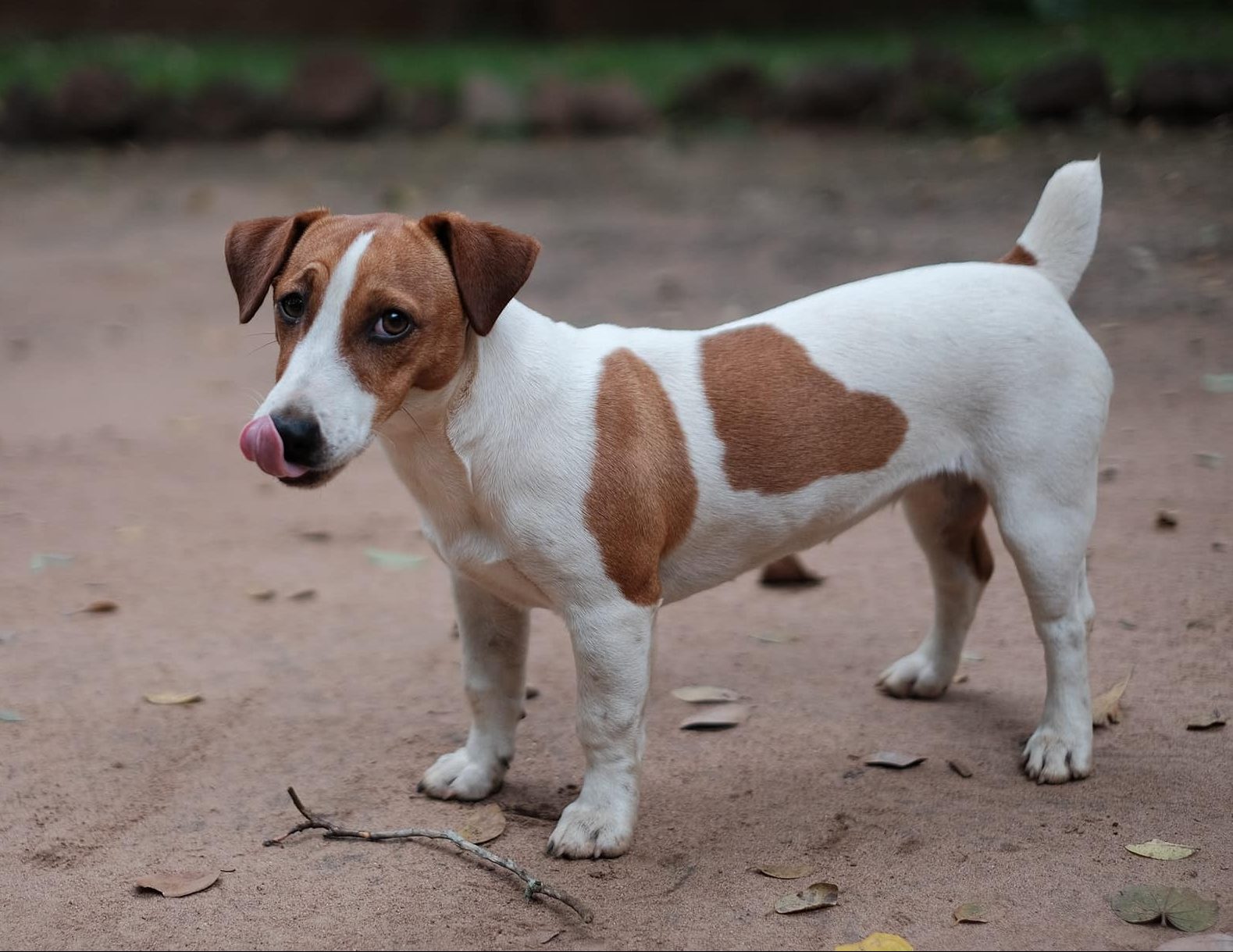 The Jack Russell Terrier breed is sturdy and stocky with a compact build. They can be smooth or rough coated, and are usually white with black or brown patches. The Jack Russell is very clever and can be quite cheeky, but this feisty breed is perfect for an experienced owner who enjoys exercise.

The Jack Russell Terrier is sturdy and stocky with a compact build. The Jack Russell’s head is flat and not too wide, with a strong jaw and intelligent, almond-shaped eyes. The V-shaped ears are small and hang close to the head. The legs are straight, and the chest is quite narrow, giving the Jack Russell an athletic appearance. The tail is high set; docking is traditional, but illegal in many countries.

While the Jack Russell Terrier is generally a healthy dog, they are prone to a few health conditions:

The Jack Russell Terrier is very clever, and with good training will be eager to please and obedient. The Jack Russell is very intelligent, and will take advantage if you aren’t firm enough. You need to be gentle but firm to bring out the best in this breed. Well trained Jack Russells have excelled in canine sports and even starred in films. They are happy to learn all sorts of tricks. Short training sessions that capture your dog’s attention are best.

They were bred as working dogs, so they have a lot of energy to spare. They are very brave and have been known to pick fights with other (larger) dogs. This can lead to injury or death, so do not allow your Jack Russell to get into fights. The Jack Russell was bred for chasing foxes from their holes, so have a strong urge to chase other animals: do not trust them with small animals.

This feisty breed is perfect for an experienced owner who enjoys exercise. They love to chase things and sometimes pick fights with other dogs (even larger ones). They can jump surprisingly high for their size. They are also very good at climbing.  To prevent escapes or accidents, keep your dog on a leash out of the house, and make sure your yard or garden has a tall fence.

Jack Russell Terriers are prone to some unwanted behaviours, such as mouthiness, barking, digging, and destructiveness when not exercised enough (or when bored). You’ll need to give your dog plenty of exercise and interesting things to do: these dogs excel at obedience classes and canine sports

Please fill in the below form and we will let you know when a new Jack Russel Terrier litter arrives.