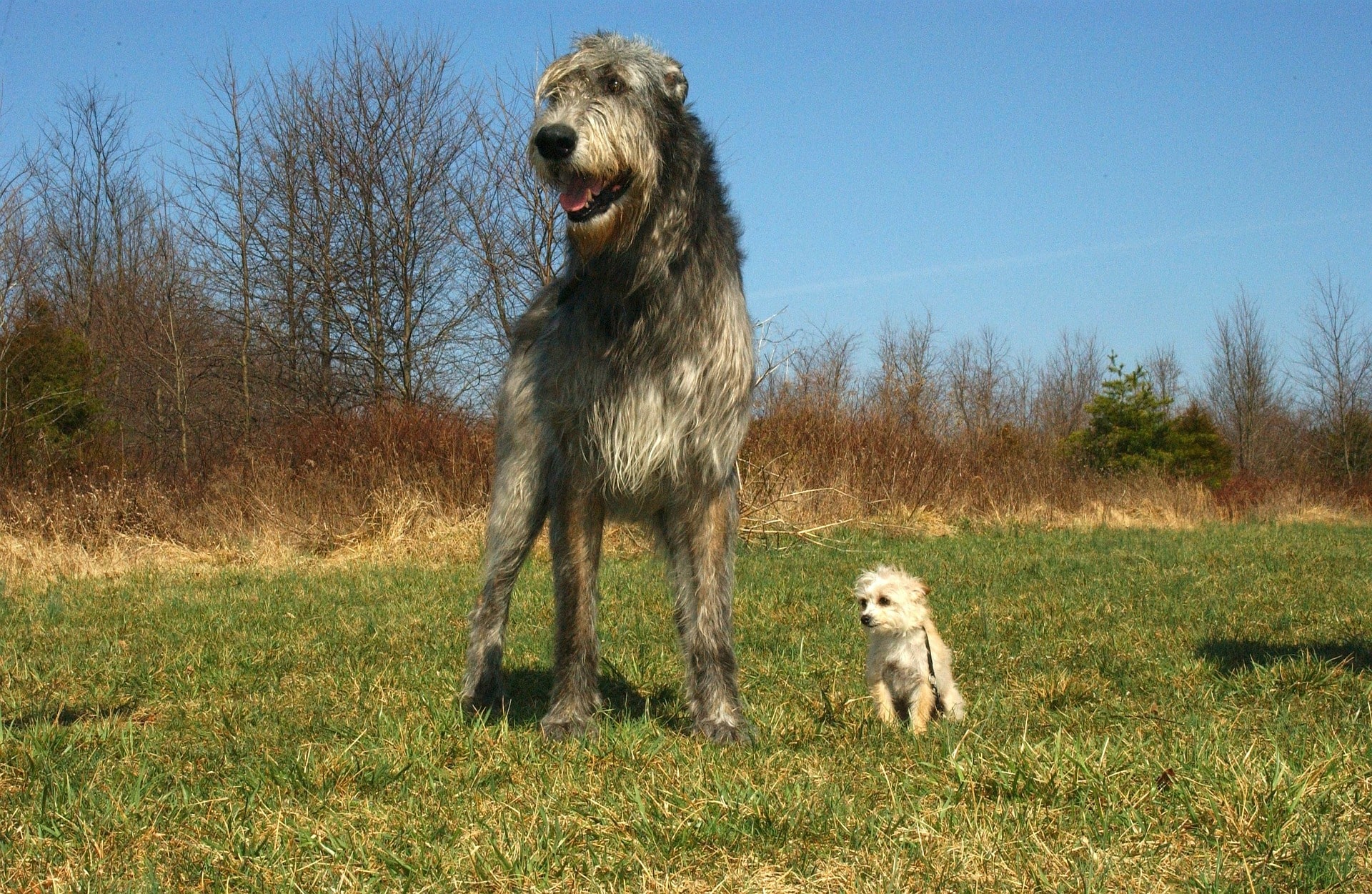 Also known as the Emerald Isle, Ireland boasts beautiful landscapes, delicious food, and a rich culture. Dogs are an important part of Irish culture, called “Madra” in the Irish language (properly called Gaeilge). Some of the oldest Irish legends feature dogs, such as the tale of Cuchulainn, or Finn MacCool and his hunting hounds, Bran and Sceólang.

The modern Wolfhound is exceptionally tall, but retains the slender build of a Greyhound. Their shaggy coat, which can be fawn, grey, brindle, red, black, or white; hides some of their slenderness. Despite their enormous size, the Irish Wolfhound is a very gentle dog, and gets on well with children (as long as they don’t try to ride on his/her back!), though (like many hunting breeds) they often get the urge to chase small animals.

The Kerry beagle is even tempered and gentle. While originally bred for pack hunting (and still used for hunting today), the Kerry Beagle also does well as a pet, getting on well with children and other dogs.

Sturdy and curly, the Irish Water Spaniel is the largest of the Spaniels. They are easily identified by their densely curled liver-coloured coat, with a distinctive top-knot, beard, and smooth “rat tail” that entirely lacks curls. They are equally wonderful on the hunting field and in the home: an Irish Water Spaniel will happily zoom after a duck, or roll over for cuddles from their family. This dog is perfect for an active outdoor family.

Graceful and enthusiastic, the Irish Red Setter may either come from a show line; bred to be larger, with a thicker coat; or a working line; with a lighter build and thinner coat. Although they were originally bred for hunting, the Irish Red Setter has proved talented at tracking, canine agility, obedience, and therapy work.

This energetic breed could be the ideal breed for someone who loves the great outdoors. If you enjoy hunting or even just roaming the great outdoors, this dog could be your ideal companion.  The Red and White Setter is gentle and even-tempered, so would be a great pet for an active family with children.

The Irish Terrier is an active, intelligent dog. They excel at many canine sports, but once they had their exercise, they will happily relax at home. The Irish Terrier loves to learn, and will pick up all sorts of tricks with a bit of patience (and some treats). Although they get on very well with children, this breed can be dominant with other dogs, so proper socialisation and training are a must.

The breed has short, stubby legs, with half-pricked ears and a medium length coat. The Glenn of Imaal Terrier is double-coated, with a softer undercoat and a rougher topcoat, typically wheaten or blue.

The Glenn of Imaal Terrier needs plenty of exercise to stay happy and healthy. If canine sports interest you, this medium sized dog often does well in canine agility. Both clever and independent, this breed can be stubborn, but with patience you’ll find an intelligent dog capable of learning a lot.

Adult Wheaten Terriers, as their name suggests, have a wheaten coat, though puppies start out with darker coats and lighten with age. They do not shed, and will need proper grooming to keep their coats in good condition. Playful and full of beans, the Wheaten loves everyone, including other pets (though keep them away from small animals, as their ratting instincts may surface!).

The Kerry Blue has a distinct bluish-grey coat, with a soft woolly texture.  The coat is soft and wavy, and does not shed, so the Kerry Blue must be clipped regularly, and groomed a minimum of once a week.

This breed is spirited and strong-willed, but also loving and gentle. They are very good with children, but unless properly socialised they usually dislike other dogs. The Kerry Blue is sporty and does very well in sports ranging from agility to sheep herding (the breed has even been used as a police dog in Ireland). The Kerry Blue is most suited for an owner that will give the Kerry Blue the exercise it needs. 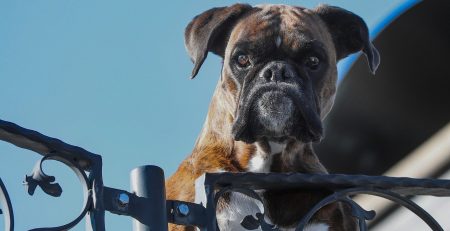 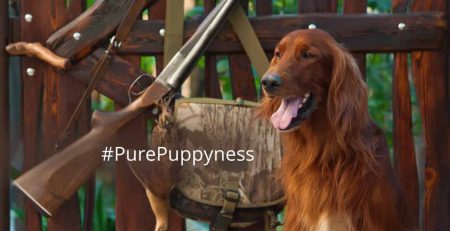 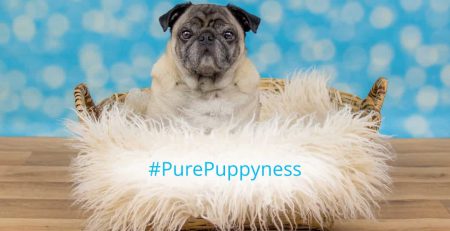 The American Society for the Prevention of Cruelty to Animals (ASPCA) estimates that a dog owner can spend between $1,314... read more 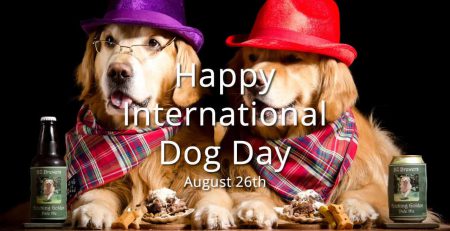 Happy International Dog Day! August 26th has been declared as the day to celebrate man’s best friend. This is a... read more 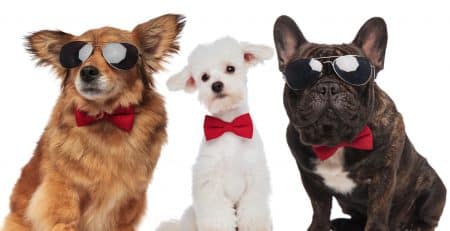 What makes a dog beautiful? Beauty is in the eye of the beholder. We all think that our dogs are... read more