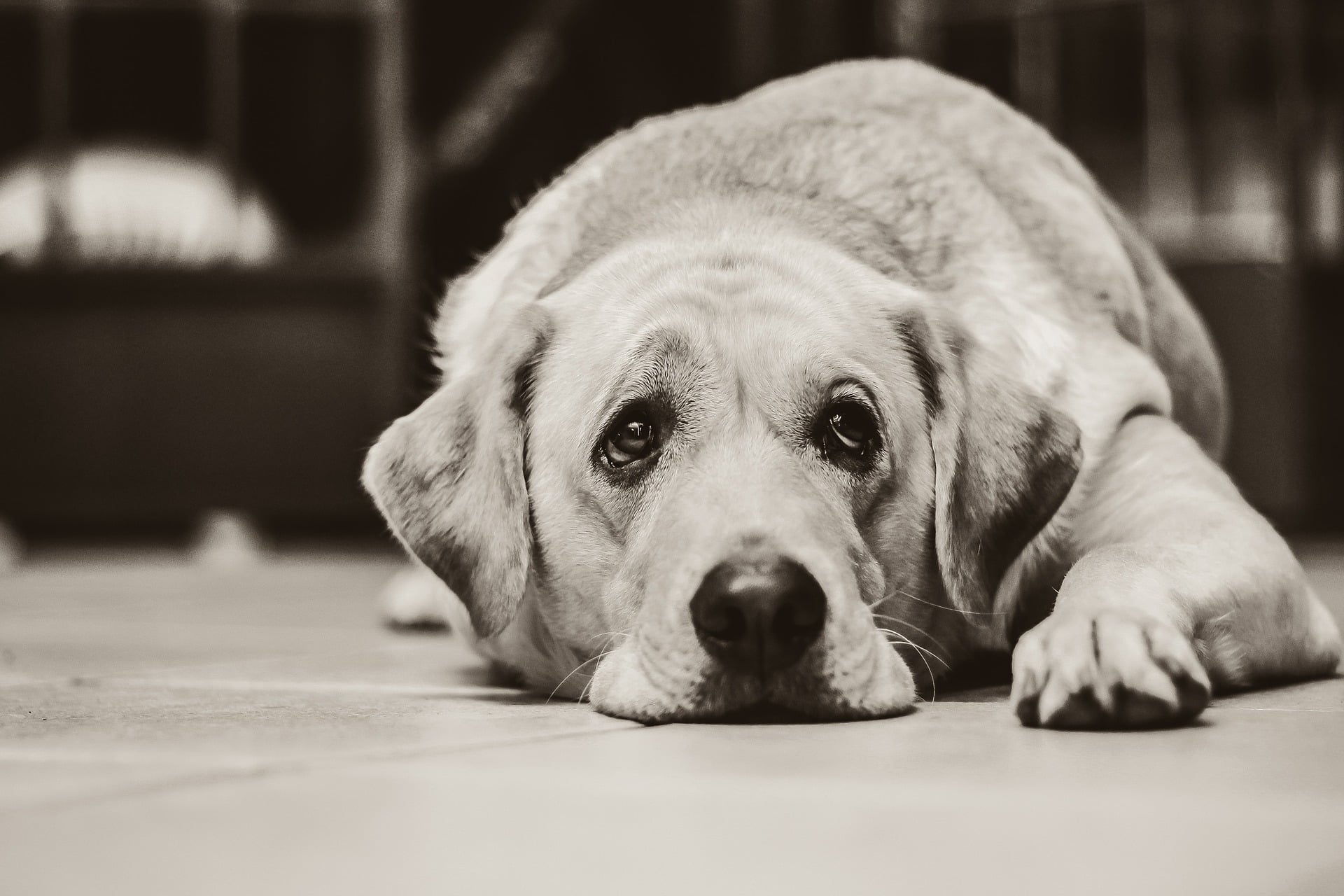 Is your dog vomiting or having diarrhoea? Maybe they are also lethargic or losing weight? It could be that your dog is infected with Giardia, a tiny parasite that can cause big problems for us and our dogs. The parasite causes an infected called Giardiasis, which causes intestinal problems but can also lead to severe complications in dogs with poor or undeveloped immune systems.

Giardia is a type of tiny parasite known as a protozoon. Protozoa are single-celled organism, and are often found in soil and water. Giardia usually lives in water. If ingested by an animal, Giardia establishes itself in the intestines. The infective stage of Giardia’s lifecycle is when the parasite is in its “cyst” form. Giardia cysts will be shed into the environment again through the animal’s faeces.

How do dogs get infected with Giardiasis?

Giardia can survive in cool, moist environments for quite a long time, which increases the risk of animals becoming infected. Your dog might accidentally ingest the parasite by drinking Giardia-infected water. It’s also possible to be infected by drinking water tainted by faeces that contain the parasite, or accidentally eating Giardia cysts from the ground.

Dogs are most likely to develop Giardia in crowded environments, such as kennels or animal shelters, because with large numbers of dogs there is a higher chance of faecal contamination spreading the Giardia cysts.

How do I know whether my dog has Giardia?

A lot of dogs carrying this parasite don’t show any symptoms. Puppies and dogs that are old or already ill are most likely to get sick.

A dog that does get sick will show symptoms such as lethargy, weight loss, vomiting, and watery (sometimes containing mucous or even blood) stinking diarrhoea. Since these are symptoms of many different illnesses, you’ll need your vet to carry out some tests. The tests for Giardia involve analysing a faecal sample from your dog.

Sometimes Giardia cysts are shed from the dog’s intestines into the faeces. With proper equipment it’s possible for your vet to see these cysts under the microscope. Multiple tests in a short period of time are the best way to spot the parasite. This is the most basic testing method: there are more advanced options available, depending on where you live.

How is Giardiasis treated?

Once your vet has diagnosed your dog, they will prescribe a course of medication. Typical medicines include fenbendazole and metronidazole: consult your vet, as they will be able to prescribe the right medicine and dose for your dog. Dogs are usually given medication for three to ten days. If your dog has severe diarrhoea, they may need supportive therapy to keep them properly hydrated. A particularly ill dog may even need a special diet or fluid therapy. After treatment is completed, you’ll need to return to your vet two to four weeks later to check whether the parasite has been eliminated.

Some vets may also recommend bathing your dog on the last day of treatment, so as to wash any lurking Giardia cysts out of the fur: especially the fur at your dog’s rear end. It is possible for humans to catch Giardiasis, so wear gloves when you bathe your dog. Start from the front and move to the back, focusing on the area under your dog’s tail. Don’t move back to front, because you risk spreading any remaining cysts. Rinse thoroughly once you’re finished.

Ideally you should also disinfect all of your dog’s bowls, blankets and toys. Boiling water should do the trick. You should also consider steam-cleaning any carpets or rugs, and washing the floor with household disinfectant or diluted bleach.

Fortunately the prognosis for most dogs with Giardiasis is good. The risk of complications (and sadly, even death) increases in patients with weak immune systems. Puppies and dogs that are elderly or already ill are most at risk. It is possible for some dogs to develop chronic or recurrent Giardia infections; in these cases you can work with your vet to find the best treatment for your dog.

How can Giardiasis be prevented?

The easiest way to prevent Giardia is to make sure that your dog only rinks fresh clean water. Don’t let your dog drink from water that may have been infected with faeces; for example, puddles in the dog park. Keep your dog away from other animals’ faeces, and be sure to clean up after your dog.

Be aware that humans can catch Giardiasis! If your dog is infected with Giardia, keep him/her away from anyone with a compromised immune system. This includes very young babies and children, elderly people, or people with conditions such as cancer or AIDS. You should also be very careful when disposing of infected faeces: ideally wear gloves and thoroughly scrub your hands afterwards. 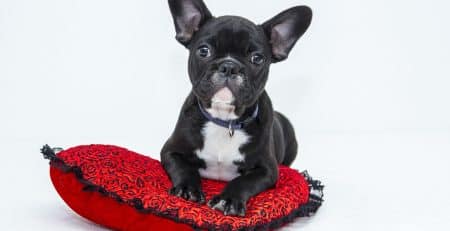 Jack is giving you a piercing look that bores straight into your soul. You blush. Could he really know what’s... read more

Canine agility is a sport for dogs and their owners. The dog/human pair must work as a team, with the... read more 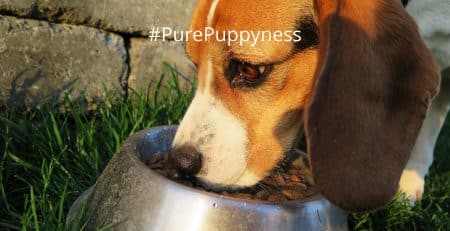 What can I feed my small puppy?

In this day and age, feeding your puppy shouldn’t be a difficult task. Scientists and nutritionists have taken out all... read more 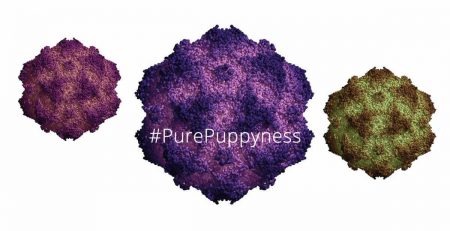 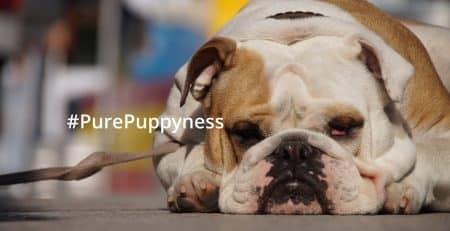 To cook or not to cook. The millennial’s dilemma. Do we have time to cook? Do we have the energy?... read more 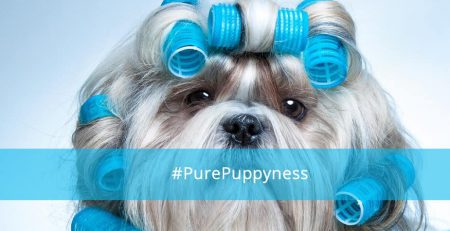 How to Groom Your Dog in Dubai (United Arab Emirates)

Some dog owners have it easy: all their dog needs is a quick brush and the occasional bath. But for... read more